"Despite the inevitability of old age , disease and death, current of immortal thoughts are hidden in our philosophy, spiritual science and eternal idealism. In disembodied consciousness beyond ignorance or darkness, one could overcome death, infirmity and disease only by uniting with the Supreme Being. This ultimate truth is verified through ages. Even today the truth flows through nerves and veins of the Mahayogi. The realization which could be declared loudly, the experience which could be lifted before all is the real truth. It is the scientific truth. Our spiritual science could not proclaim body composed if five phenomenal elements as the ultimate. Rather it asserted ‘the body’ as the foundation of performing sadhana ………….. So for attaining immortal thoughts one requires on one hand –a healthy body and mind and on the other hand manifestation of divinity within, communion of the Individual Self with the Supreme Self." - Sri Sri Prabhuji

In 1986, “Jeeban Surya” a health clinic of Matribedi Shamayita Math started its Journey with homeopathic care & treatment to the destitute people in the area. It offered camps in the villages and distributed medicines free to the needy and destitute population. In 1997 the allopathic Section was included in the health care services. Few renowned doctors including surgeons dedicated their services by participating in village level camps. Gradually, the poor people were drawn to the services of the clinic and they began visiting the clinic for accessing health services. It was observed that the hospital campus need extension to manage the influx of population who visited the health centre to receive treatment & medicine. New “Jeeban Surya” building was constructed in 2001 with eight rooms and a registration counter. This was inclusive of a drug section, X ray-room, two rooms for doctors, two rooms for pathology laboratory . In the month of Nov 2008, the eye operation theatre was added and we got the NPCB Licence from govt. The aged patients particularly the women, who would have otherwise lived without cataract operation for  lack of awareness and  money are benefiting from the cataract operations.

Infrastructure Expansion in the following years – 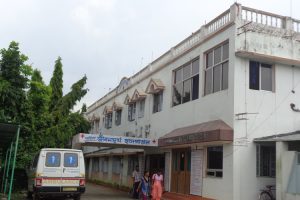 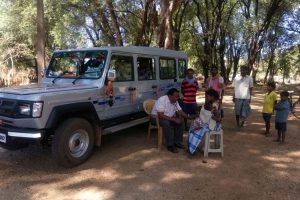 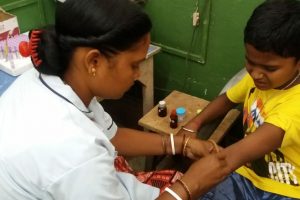